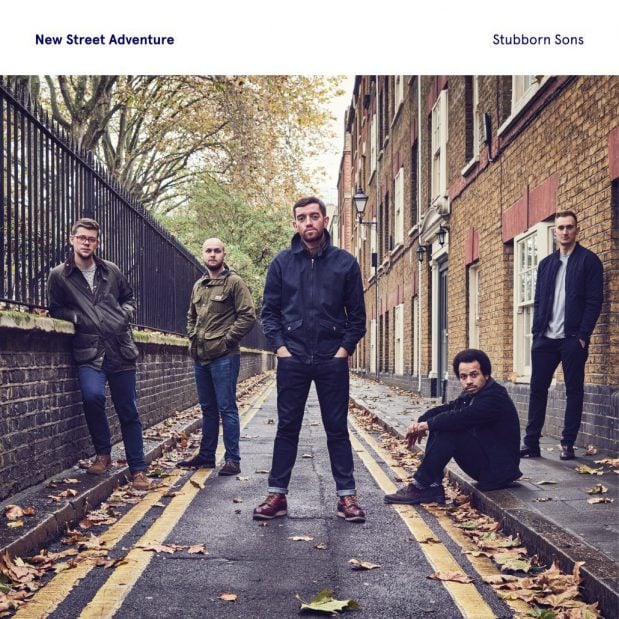 Essential Tracks: Something More Than This, Can’t We Just Be Friends

New Street Adventure are back with their long-awaited follow-up to the 2014 release ‘No Hard Feelings’. With this effort, they have not been hindered in any way by a sophomore slump. Instead, they’ve grown tremendously in the 3 years while still maintaining their identity as a band. There is an expression of anger, sadness, optimism, and irony that was present in the first album, yet this time from a slightly different angle. One thing that is clear, this is a complete collection, well crafted into an album of 10 great songs both musically and lyrically. I hope more and more people get behind this band and they continue on for many years to come.

The album kicks off with the upbeat and grooving ’What’s So Good About Happiness’, a song that was released at the end of 2016 as a preview to the album. Its a well-written honest critique on what appears to be the state of social media.

In true form, like the art of the mixtape, the 2nd song takes it down a notch with the more personal, ‘Smooth Talker’. Its a beautiful track, that breaks into a groovy vocal chant of ‘Talk to Me’ in the middle of the song.

Next up, we’re followed up with the song ‘Rascal’, which is a more Modern R&B/Soul style song which I can hear influences of Sade amongst others, with the smooth bass, keys and guitar styles. This is certainly a love song that will have a long lifespan.

The next track ‘One & The Same’ also follows a similar feel that may cause a wrinkle of the brow and bob of the head. It’s a serious groove!

The next is the groovy backbeat of ‘Why Should We Do Anything’ which is certainly a critical look at the state that much of the world finds itself in. Social issues, opinions, social media and the feeling of wanting to give up. To me this is more a rally cry to encourage others to get up an do the opposite. Do all you can. Keep on Keepin’ On.

The 6th track, ‘Hard Living (No Easy Way Out)’ is a wonderfully piano/bass lead track with a great groove to it that is another example of the wordsmith that vocalist Nick Corbin is. The the lyrics are quite serious, you can hear the fun he is having with the verses especially. Very well crafted.

Moving on to the 7th track, ‘Something More Than This’, a great upbeat track backed by bongos much in the style of Curtis Mayfield. This song is a lovely layered track that leaves you with a good feeling.

Approaching the end with the 8th track, ‘If I had You Back in My Life’ that is a groovy uptempo number that reminds me musically of Saint Etienne at times, led by a great fuzzy guitar.

Heading to the 2nd to last track they’ve cooled it down for us with ‘If That’s All You’ve Got’, a slower, more serious and personal track which shows the maturity and diversity in their offering on this album.

The 10th and final track, ‘Can’t We Just Be Friends’ is a quiet acoustic track accompanied by bass and some nice harmonies. It’s a beautiful calm reflection and a perfect effort to close this album.