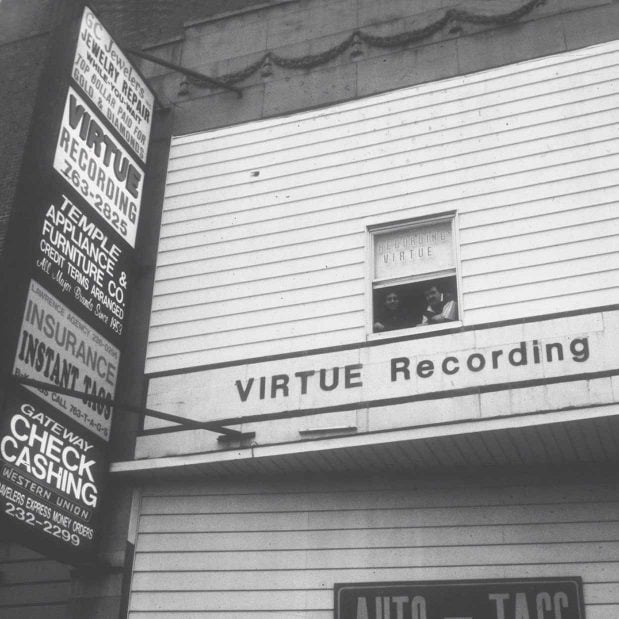 Essential Tracks: 'Love Of A Woman Soul of A Man' by Gene Faith, 'Take These Memories' by The Creations, 'Tequila' by Fantastic Virtues, 'To Be A Man' by New World & 'Hot Fun In The Summertime' by Past Due

Deep soul mining from the archives has unearthed 18 quality nuggets from the career of musician, record producer and record label owner Frank Virtue. Born January 21 1923, Frank was active in the music business from the 1940s to the early 1990s. He covered many genres over this period of time from big bands to hip hop.

Beginning in Frank’s Philadelphia base the first recording studio began life in the basement of his home 8500 Fayette Street. From there he progressed to the Virtue recording Studios at 1618 North Broad Street. The opening of this studio was funded by sales of ‘Guitar Boogie Shuffle’, a release from Frank’s band ‘The Virtuoso Trio’ that sold 2 million copies worldwide.